Taking a dog on a ski holiday 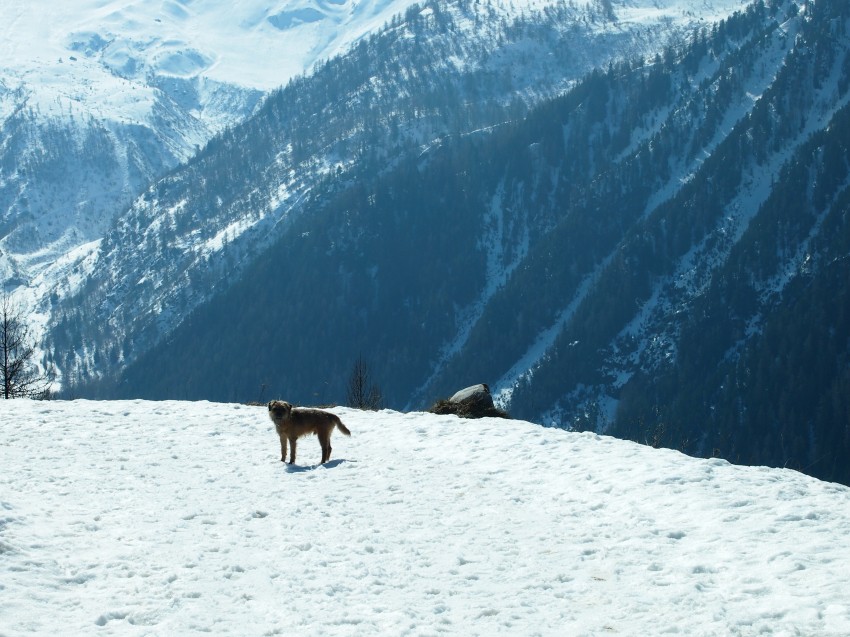 I’ve been a keen snowboarder for many years now but last year the goal posts were moved when a small border terrier entered our lives.

Most dog owners will leave their mutts with a friend or pop them into kennels and I’m sure thats something we will consider in the future but as our dog Wicket was relatively young, we didn’t feel right shipping him off to a friend during his formative years.

Which got us to thinking, can you take a dog on a ski holiday? The answer is unsurprisingly complicated.

There are a few ways to do this but driving down and taking the Eurostar is by far the least painful. The dog stays in the car with you whereas taking a ferry over normally involves leaving them caged up in a kennel area. If your dog is small enough (under 8 kilo), Swiss Air will actually allow you to take your dog on one of their flights! Wicket is over 8kg so we forced to drive down.

The big question and one that is not easily solved. If you are a large group big enough to take over your own chalet, finding a property should be relatively straight forward. We work with several operators that will allow dogs with you for a small charge. If you are a smaller group, you can either take a self catered apartment although check the small print as many will insist that the dog is not left on their own which will cause problems if everyone in the group are keen skiers. After weeks of research, my wife actually found a large catered chalet which is dog friendly that allowed small groups to take their dogs without insisting on a sole occupancy booking and even offered to look after him whilst we were out skiing. Perfect!

We were very much of the mindset that the dog should enjoy himself (nearly) as much as we would. We stayed in a small village underneath Les Arcs in March which was under the snow line. Our mornings were made up of a leisurely chalet breakfast followed by a long walk in the surrounding counrty side. We then went up the hill for an afternoon on the slopes, buying a half day pass as and when we needed one. We also took him up to the resort a few times so he could see snow for the first time. His initiation was interesting and involved chasing skiers on the nursery slopes… We took one day off in the middle of the holiday which we spent walking up one of the resorts many snowy footpaths.

This was a really enjoyable holidaybut I must admit, it wouldn’t be to most peoples tastes. My wife and I have both spent several seasons in the mountains and as such, only skiing half the day wasn’t much of an imposition on us. Others may find their dog to be a bit of a millstone around their necks especially if they are looking to ski as much as possible. We found it to be a very different and very enjoyable break and we are sure to do it again soon. 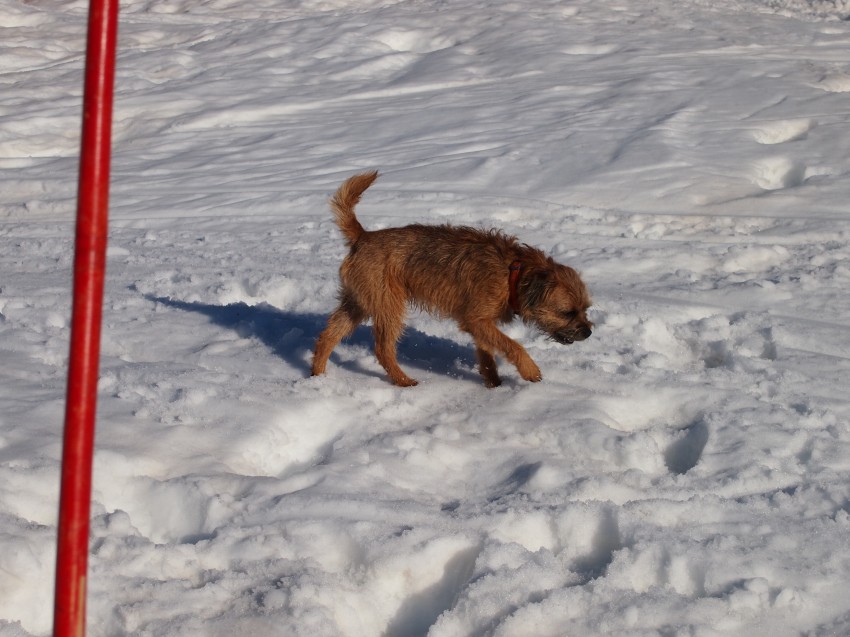 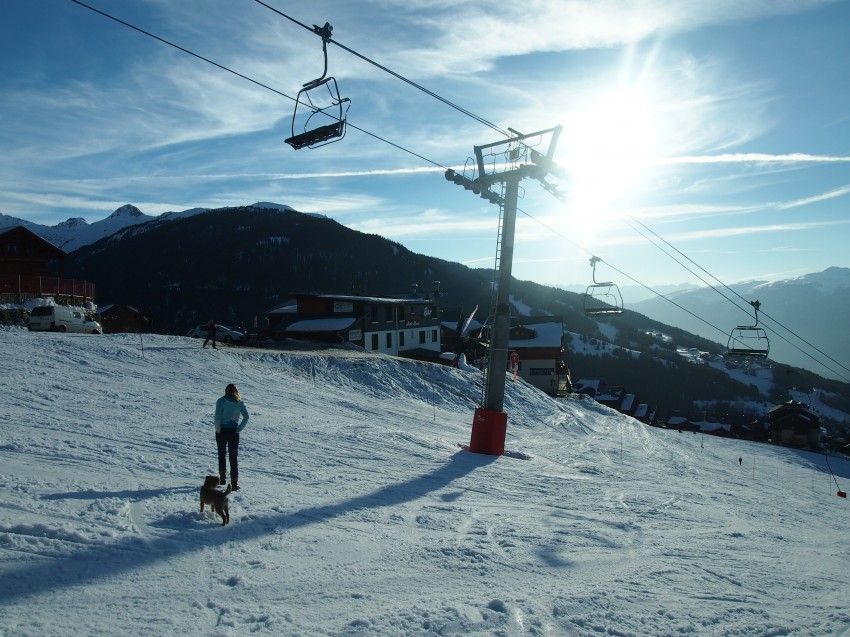